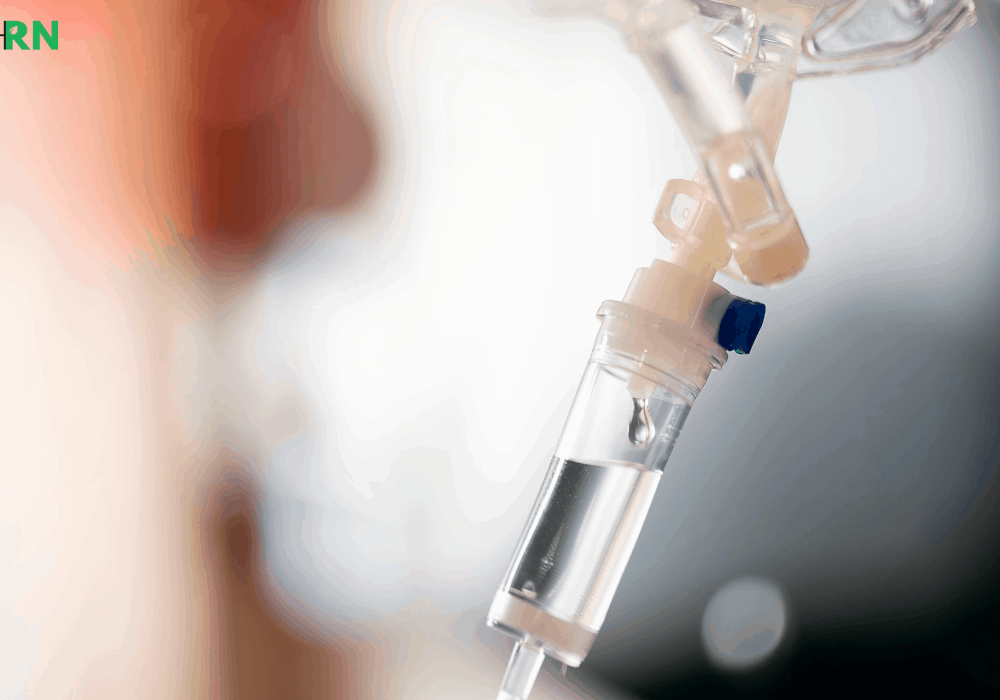 This is a guest blog post written by fellow nurse author, Susan Allison-Dean, MSN RN.  This can be a pretty emotionally-charged topic and was interested to hear about her research during graduate school.  Check out her post below and please comment with your thoughts and if you’ve personally done research on the ethics of this!  Please, be respectful, professional, and appropriate with your responses as many have very strong beliefs and feelings about this topic. 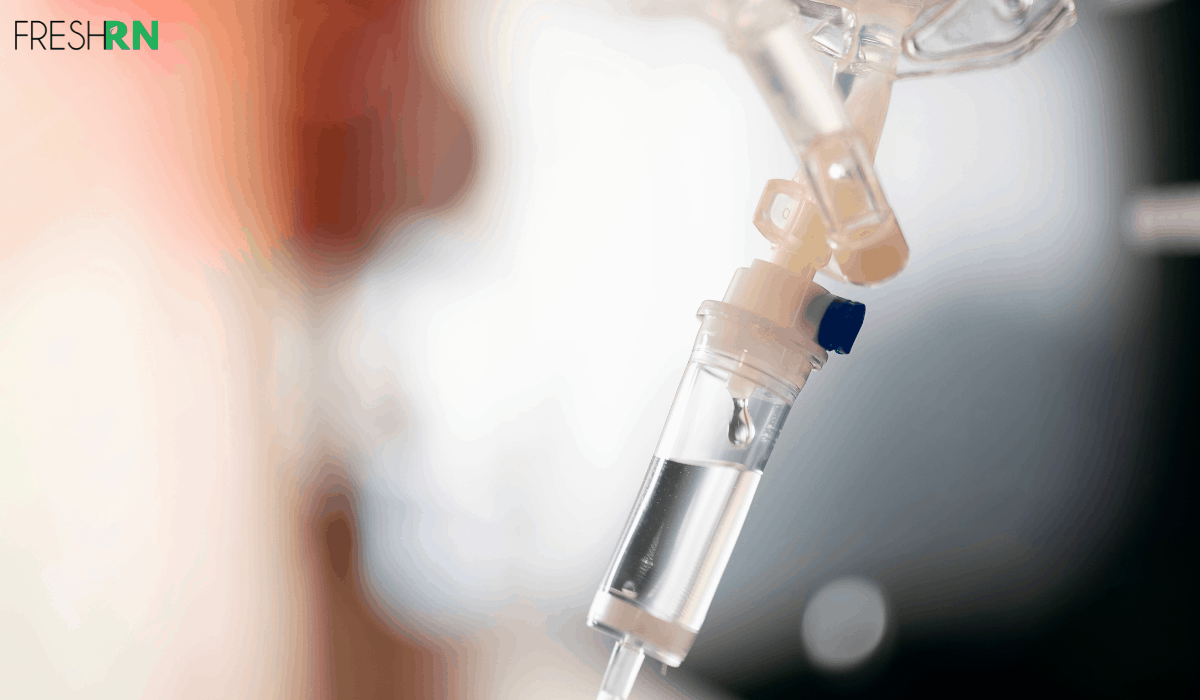 What is Physician Assisted Suicide?

A distinction is sometimes made between active euthanasia. The individual performs acts such as injecting lethal drugs into someone else to end their life and passive euthanasia when measures like withdrawing food or water result in death due to malnutrition or dehydration.

The term physician-assisted suicide refers more specifically to those cases with consent from both parties, including one who will perform the act but not administer any substances themselves.

There is also “voluntary” euthanasia without explicit request by either party but at the patient’s explicit request. The most common type of voluntary euthanasia is refusing life-sustaining treatment, such as artificial nutrition and hydration or kidney dialysis (though this requires a person to be competent).

What Is Voluntary and Involuntary Euthanasia

Physician Assisted Suicide or Euthanasia can be categorized into two types.

Voluntary: Individuals who commit voluntary Euthanasia either to escape suffering or to express their autonomy and rights.

Involuntary Euthanasia: Where the person dies from either accident (accident) or omission (such as withholding treatment).

The two subcategories within the involuntary category are those where the patient can defend themselves (i.e., The withdrawal of life support) and those where they cannot do so because of their mental condition or disability.

Voluntary Euthanasia is legal in Belgium, Luxembourg, The Netherlands, Colombia, and Switzerland, while it remains illegal elsewhere. Involuntary Euthanasia is only permitted in The Netherlands under certain circumstances with a physician’s consent to end ‘suffering’ when palliative care was unsuccessful or impossible through death by refusing food/nutrition – starvation diets- against someone’s will.

What are the Legalities of Physician Assisted Suicide

In the U.S, most doctors and nurses are against physician-assisted suicide. The American Medical Association is also against the practice of this type of death, and most insurance providers will not cover it. The medical profession in America believes that they should heal and comfort their patients rather than hasten or bring on death.

Physician assistants such as nurse practitioners can still prescribe lethal drugs to help end a patient’s life but only under strict guidelines set out by state law. The process involves two doctors agreeing that there is no other reasonable alternative for treatment before approving an individual’s request to die with dignity.

The patient must sign a written document requesting assistance from his/her doctor, who then needs to be approved through a system called the “Patient Self-Determination Act.” The law also requires that the patient be informed of alternatives, including comfort care, hospice, and pain management. The process must then be explained in detail to the individual’s family as well.

The Upholding act can only apply for voluntary euthanasia because it does not mention anything about involuntary euthanasia. However, this law has been passed under section 14(a) that any doctor who helps somebody commit suicide without request would face up to fourteen years imprisonment.

Brittany Maynard, 29, of California, made headlines last year when she moved to Oregon, where assisted suicide is legal, to end her life. The cancerous tumor on Maynard’s brain had been diagnosed as terminal, and Maynard wanted “to die with dignity.” In their decisions, Governor Brown and Ms. Maynard applied the ethical principle of autonomy – the right to determine one’s course of action.

As a graduate student back in the early 1990s, I chose active euthanasia as the topic of my graduate ethics paper based on the principle of autonomy. Back then, I remember thinking that if I found myself in a dire medical situation, I would want to be able to escape. In addition, our professor required us to select a topic that was currently relevant to health ethics.

The news was all over the place regarding Dr. Jack Kevorkian’s assisted suicide program. The added benefit was appreciated. Putting together a literature review would be easy with so many sources available. An acquaintance across the room chose the same topic and had the same thoughts as me.

After the semester, each of us presented our ethics topic. To my surprise, after reviewing the active euthanasia literature and examining the ethical principles involved in this subject, I concluded that I do not support active euthanasia. To reach this result, I used the utilitarian principle, which supports most people’s best interests.

The utilitarianism theory states the value of the act is determined by its usefulness, with the main emphasis on the outcome or consequences. An issue of great concern cited in multiple ethical journals regarding active euthanasia is the slippery slope effect.

However well-intended it may initially be, when the intentional killing begins, it opens the door for humans to extend this practice. Individuals who are viewed by society as burdens may be euthanized involuntarily or non-voluntary. It might also unknowingly pressure people who are not well into believing they ‘should’ commit suicide. In an ironic twist, my classmate came to the same conclusion.

After analyzing this topic, we both concluded that passive euthanasia was the best choice. Passive euthanasia means that when a person cannot sustain themselves naturally, for whatever reason, they should be able to die naturally.

Are you ready to feel confident as a nurse?

FreshRN VIP is packed full of tools and peers to help you ditch that imposter syndrome.

A person does this by actively removing or withholding life-sustaining equipment. This might be accomplished by refusing or removing feeding tubes or ventilators. With passive euthanasia, death is decided by a higher power such as God, Mother Nature, the universe, etc.

Ethical decisions are not easy because there is no ‘correct answer. Nurses are often on the front lines of these complicated, emotionally charged situations. Understanding ethical principles and being active on ethical committees can help each nurse to know why he or she comes to certain conclusions and respect those who come to conclusions that are different.

In the US, every state has different rules and policies for physician-assisted suicide. Some of the policies are below with the state names.

In California, the policy for death with dignity is legal. In 2015, California took a step towards enabling patients who have been diagnosed with a chronic illness that will lead to death within six months to request physician-assisted dying from Dr. Karen Smith among the Department of Public Health.

The patient must be physically able to self-administer the prescribed medication, which leads them into their natural death process and mentally capable of making decisions regarding life choices. The law of Assisted Suicide California With Dignity Act (DWDA) Section 369 provides the right to assisted suicide if these conditions are met:

The Department may determine if other diseases are also terminal illnesses as long as they meet this definition. In addition, DWDA requires two (or more) independent assessments regarding whether the patient’s judgment is impaired due to conditions like dementia or delirium.

According to Oregon’s Death With Dignity Act enacted in 1997, terminally ill Oregonians can self-administer lethal medication if prescribed by their doctors specifically and expressly for that purpose. Under Section One of the Act, a person may apply for a prescription if they have been diagnosed with having less than six months to live. The law was enacted after Measure 16 (1994) passed with 51% of the
vote.

The Death With Dignity Act requires two physicians to sign off on the request before medication can be provided; one must be either the patient’s primary care doctor or their attending physician.

The requesting individual must also provide written instructions detailing how they wish their remains disposed of after death, including whether they want cremation or burial and where they would like their ashes to be spread. The patient must then make two oral requests, at least 15 days apart, and a written request 24 hours before the prescription will be filled for lethal drugs prescribed by their physician.

The Act states that “a prescribing health care provider may not accept payment from or otherwise agree to provide services free of charge to an applicant under this section.” The Controlled Substances Board reports that more than 750 Oregonians have died due to assisted suicide since 1994.

Death With Dignity in Florida

In 2020, Florida did not pass a death with dignity law. The proposed rule would allow terminally ill patients to voluntarily request a prescription from their doctor for medication, ending the person’s life.
State senator Greg Steube introduced the bill in February of 2018.

The Florida House passed it on April 12, but not the Senate because of opposition led by Senator Dennis Baxley and Representative Mike Hill.
Death with Dignity is legal in Oregon, Washington State, California, Vermont, and Mexico City. The Supreme Court has ruled that physician-assisted suicide should be up to states rather than the federal government (varies from the country).

Moreover, The Supreme Court has not ruled on physician-assisted suicide. The court only recognized the state’s right to make end-of-life decisions and that there is no constitutional protection of any specific kind for an individual’s interest in refusing life-sustaining medical treatment until a person is at death’s door or further along in the dying process.

Washington voters approved the Death with Dignity Act by a margin of 58% to 42% in the general election of November 2008. “This measure would permit terminally ill, competent, adult Washington residents predicted to die within six months to request and administer lethal medication prescribed by a physician.”

The measure involves two oral and one written request, two physicians who diagnose the patient and determine the patient is competent, a waiting period, and physical verification of the patient’s informed decision. Those who act in good faith would be protected from criminal and civil liability.”

In 2017, the legislature passed SB 1439, Prohibition on Discrimination Against Health Care Entities, which prohibits discrimination against medical care providers who opt-out of assisting in dying, should that care ever be legalized. Later that same day, it was signed by the Governor.

The Death with Dignity Act (DWDA) was a ballot initiative passed by The Commonwealth of Massachusetts on November sixth, 2012. The DWDA allows terminally ill patients to voluntarily request lethal doses of medication from their physician to end their lives.

The DWDA states that any person at least eighteen years old and diagnosed with less than six months left to live may request medicinal aid-in-dying drugs for self-administration; however, there are many requirements outlined before such medications can be prescribed.

Want to see more? Check out all the Physician Assisted Suicide laws and act

Susan Allison-Dean, MSN RN is a nurse who retired from traditional practice in 1999, after working 13 years as a Wound, Ostomy, Continence Clinical Nurse Specialist.  She has authored several clinical and horticulture articles and was a contributing author to the bestselling book, Touched By A Nurse.  She is passionate about the sea and loves exploring tropical islands.  She extends this passion by doing volunteer work benefitting dolphins and whales.  Sue splits her time between Armonk, New York, and Cary, North Carolina, with her husband and English bulldog, Bubba. Check out her website here.