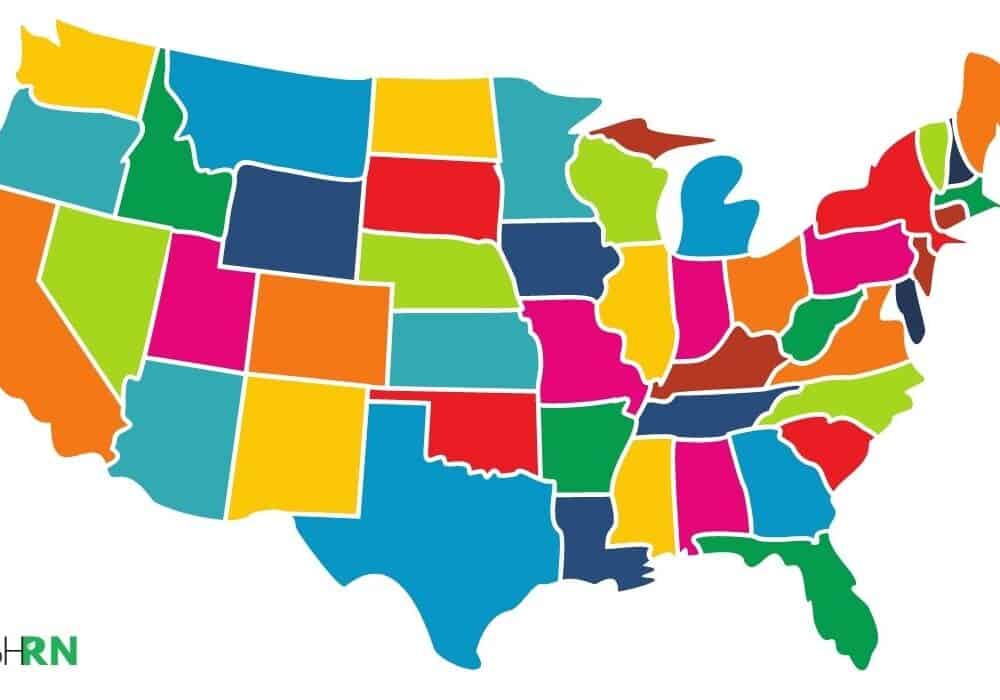 There are expected to be 2.4 million new healthcare job opportunities in the U.S. over the next decade. While many factors contribute to the demand for medical attention in America, certain conditions tend to be more prevalent in some states than others. With this information, it is no surprise that the expected increase of jobs reflects newly created work on a nationwide scale. Let’s look at the best states to work as a nurse.

The overall economy has an impact on many professional fields, and healthcare is no different. When budgets are slashed and spending is reduced, the medical field is affected heavily since it is one of the most significant contributors to state revenues and gross domestic product (GDP).

One might ask, “Which state will increase its demand for nurses?” The location quotient combines location-specific data available in the Bureau of Labor Statistics with aggregate statistical data, which gives information about location-specific industries. Therefore, location quotients can be used as a proxy for measuring how location impacts any given profession within that location. 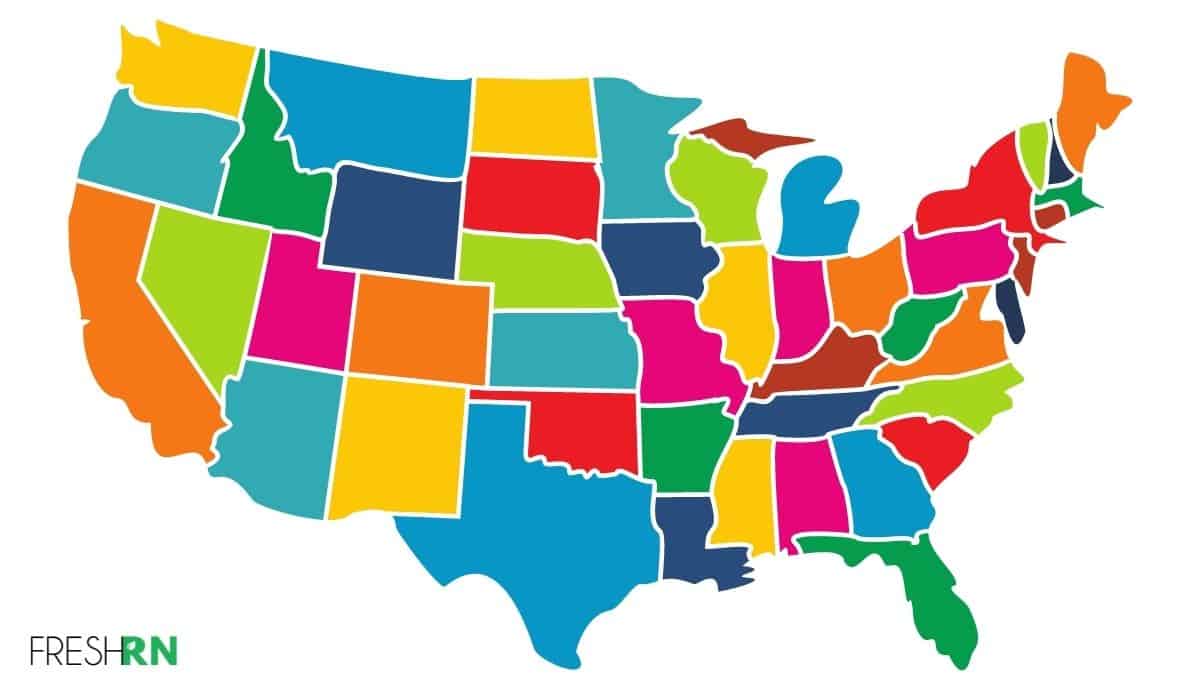 To begin with, we should note that each state has its requirements and procedures for becoming an RN or PT (physical therapist). Therefore, you will need to consult your local bureau if you want to know the exact process of how you can pursue such a career path under your locality. In addition, there might be some states where it is easier than others, depending on different factors. Following are the 15 highest paying states for nurses in 2021.

Best State to Work as a Nurse:

So above are the most high-demand states for nursing in the USA, but that’s not all since there are other benefits to working within such states. For example, California is known for having one of the best medical systems in America and therefore has among the highest pay scales.

Other perks include short wait times at hospitals ( especially emergency rooms ) and some of the most prestigious names for healthcare networks and facilities.

There are several reasons why certain states provide better employment opportunities than others. One factor is work ethic because RNs should be passionate about their work if they want to excel in this profession, even though it might be a challenging job at first due to getting accustomed to new routines (especially on night shifts).

The salaries listed above by states show a general average of what one can expect when working as a nurse in that state, but there are other factors to consider. One should also consider the cost of living for any given state and whether or not it will be an affordable option for them considering the expenses.

Average salaries and hourly wages vary greatly depending on location, experience, education requirements, certifications, and specializations. In addition to this, certain states are more competitive than others when recruiting nurses, which might result in higher pay rates due to shortages at specific locations.

One point worth noting is that your salary will never be fixed since it depends on how good you are at your job and how valuable you concern the needs of a given facility or business. This is why self-motivation and honing your skills are essential in the long run if you wish to stay on top of what it takes to become a successful RN.

Today nursing jobs are more in demand than ever, and that’s because of the nursing shortage problem, which is coupled with low retention rates. There are several different nursing careers to choose from, like pediatrics, geriatrics nursing, or psychiatric nursing. NP positions are expected to expand by more than 50% through 2029, which is higher than the national average of 14%.

What are some benefits of moving to a new state for nursing jobs?

The main reason why RNs choose to relocate is that they want better employment opportunities and higher pay. This can be especially true for those who have just graduated from nursing school or are new to the field. There are also other perks like applying for government financial aid and scholarships.

Having a degree in such a high-demand profession will always put you at an advantage regarding income levels, so consider this if you think about moving across states for your career.

In some cases, RNs might also qualify for discounts on their insurance, tax deductions, and even mobile phone plans depending on the state they move into, so do look into these options if you’re thinking of relocating because it’s worth looking into.

There aren’t many restrictions on where you can work as a nurse, but some states do require those who are just starting to take up mandatory internships or residency programs.

For example, Idaho requires recent graduates to partake in a one-year program with an approved agency if they wish to become licensed there.

What are the requirements for applying for licensure by a state board?

The main requirement that nurses need to fulfill when filing their papers has proof that they have graduated with an accredited nursing degree at minimum, but this varies between states, so be sure to check each state’s specifics before attempting to apply. In addition, some RN positions also require candidates to pass a certification exam before practicing in such facilities.

Why should I consider relocating my family if I want to be a nurse in another state?

Moving your family with you when relocating for a new nursing job is not such a bad idea as it might seem. Just because you are the breadwinner of the house does not mean that your family should suffer when it comes to having great jobs and great pay. On the contrary, you’ll be glad that you moved if only because moving is sometimes challenging but rewarding at the same time.

The main thing about moving into another state is to study up on what’s awaiting you there before leaving everything behind in search of better opportunities. Otherwise, things can go sour quickly, so do plan ahead.

How is the cost of living in other states different from where you live now?

The cost of living is one thing that many people care about when considering taking up nursing jobs in other states, especially if they have a family to support. The good news is that the US Bureau of Labor Statistics has done the math and calculated the average salary levels in each state and how much it costs to live there yearly.

Best States to Work as a Nurse Takeaway

Nurses play a significant role in society, and they need to be respected because without them, who else will take care of the sick or injured? If you have ever wondered where the best state for a nurse is, then now you know, it’s your home state.

So before you consider changing states for a new nursing job, do look into how much it will cost you in terms of moving expenses and other things like transportation and housing.

It would be best if you also went through some online reviews about the state before you finally decide whether or not to move there.

This way, at least you’ll know what’s in store for you if ever that day comes when your family decides to relocate.