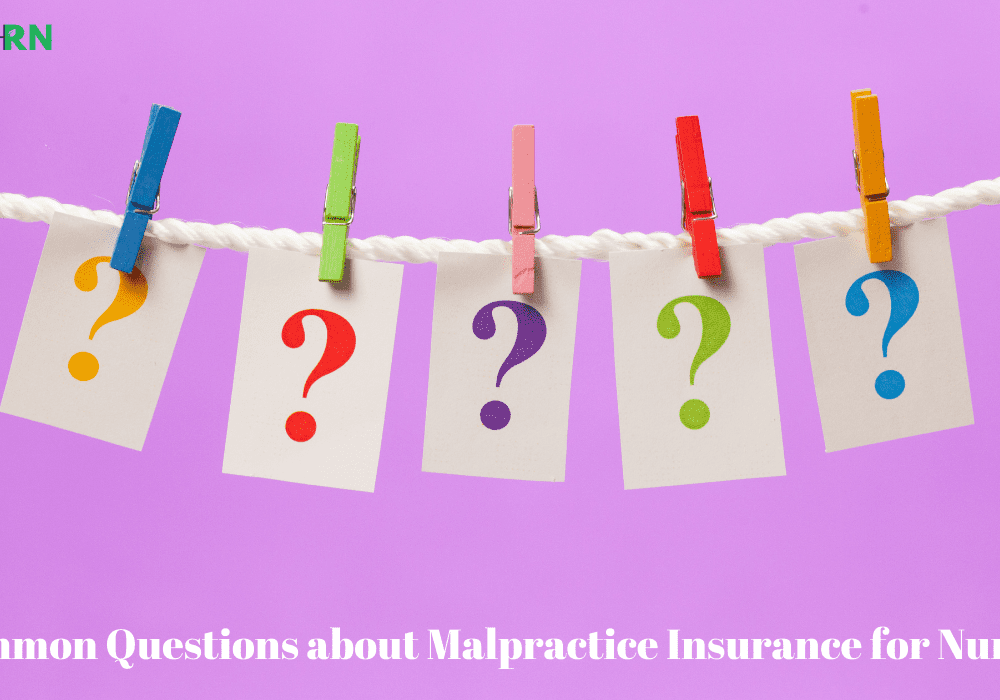 This podcast is available on iTunes, Stitcher, PlayerFM, iHeartRadio, Libsyn, Spotify, or your favorite podcast app.

Disclaimer: This is not legal advice. Please seek counsel from a licensed attorney in your own legal matters.

Does having Malpractice Insurance for Nurses make me a target for lawsuits?

First of all, it’s an important thing to know that if you have an insurance policy, they go after your insurance money and NOT your personal assets like your car and house. So, if you were to be sued by a patient and there was a settlement that wasn’t covered by your employer’s insurance, if you did not have insurance, you would be responsible for paying the settlement. If the settlement is thousands of dollars, they may take assets (home, car, vacation home) to cover it.

“It should be noted that, although some suggest that employers may sue nurses with personal liability insurance to recover large payouts, the literature does not support this practice.” [SOURCE]

Yes and no. There are situations that would absolutely cover you, however, there are others that likely would not extend to you.

If you followed policies appropriately, worked within your standard of care, and there is great documentation to back up your actions, likely the hospital’s insurance coverage will cover you. In various instances, it is in their best interest to defend you as their employee appropriately.

But if you deviated from policy, were terminated, or did things that went against their rules, regulations, conduct policies, etc., it may NOT be in their best interest to defend you.

Regardless, employer policies will not cover any legal fees that are related to professional licensing defense. Meaning, that if a complaint is filed against you with your state board of nursing, your employer’s policy will not cover legal representation for you. Many nursing liability policies include a professional licensing defense. Statistically speaking, it is much more likely for you to face a disciplinary hearing with your state BON than face malpractice and getting sued by a patient.

Further, your hospital policy will not cover things like volunteering as a nurse for a blood drive, at your church, in any freelance situations, giving advice, posting on social media, and other more informal capacities in which you may function as a nurse.

Their policy likely also wouldn’t cover you for things like a HIPAA violation, harming a patient, intentional or unintentional defamation of a patient’s character, assault (which can include making a patient fearful of imminent harm), and a few other things.

While I know it would be really reassuring to know that you’re covered no matter what, asking an insurance company to cover your legal fees during the commission of a crime isn’t a reasonable ask.

We wouldn’t expect our car insurance company to cover the damages on our car if we were in the middle of committing a crime, and the same is true with these liability policies.

However, while they wouldn’t cover legal representation in a criminal trial, they may cover your professional licensing defense. Always check policies!

What is the difference between occurrence-based versus claims-based policies?

A claims-based policy is less expensive. The incident and claim must occur during the policy period. It can take years for people to file a lawsuit after an incident occurs. The statute of limitations (how long legally people have to file a lawsuit) differs from state to state but is around 2-3 years after the incident.

Let’s say you decided to quit bedside nursing in March of 2022 and canceled your policy then. Just before leaving, an event occurs in Feb 2022. A year later in Jan 2023, the patient’s family files a lawsuit and names you in it. Even though the event occurred during a time in which you were covered, the claim occurred after your policy ended. Therefore, you wouldn’t have coverage for it.

With claims-based policies, people also get tail insurance. This is insurance that extends beyond the policy’s ending period.

Important fact: Just because you are no longer working as a nurse or no longer employed at a hospital does not mean you cannot be named in a lawsuit. Again, individuals have a certain time frame after an event occurs to file a lawsuit, and it doesn’t matter what those people are doing when the lawsuit was filed – what matters is who was there and involved in the situation when it occurred.

An occurrence-based policy is more expensive but offers more coverage. This offers lifetime coverage for the incidents that occur during a policy period, regardless of when the claim was reported. No tail insurance is required.

What do typical Malpractice Insurance for Nurses policies cover?

Policies vary in their coverage, but most cover:

Occasionally, nurses cannot work during litigation or until a matter is resolved with the BON. In this situation, you would be unable to earn income as a nurse. Some policies will cover those lost wages. Always check what’s included before signing up for one.

The average cost for a malpractice claim for a nurse is around $164,000. Again, this is unlikely but possible. The average cost of legal fees for professional licensing defense is approximately $5,300. This is still unlikely, but more common than getting named in a lawsuit.

The cost of a policy can be as little as $100 per year. Some cost as much as $35/month. If you’re working in higher acuity areas, or are an advanced practice nurse (APRN), your coverage would be more expensive. I believe that labor and delivery is the most expensive specialty, as the claims are the highest there.

I personally believe that liability insurance provides really good protection for the unknowns involved in clinical practice. It is a low cost to know you’re covered and your personal assets are protected in case someone does file a complaint – even if it’s frivolous.

Now, if you’re someone who can afford to pay for representation in the event of an occurrence, your need would probably be lower. However, you’re likely an exception, as most of us cannot afford that.

I have heard nurses say that they are careful, and unless you’re an unsafe person working in an unsafe environment, getting insurance isn’t necessary.

However, anyone can report you to the BON and all complaints must be investigated. The number and cost of claims against nurses are steadily increasing. Even if you did everything right and were found not guilty or not at fault, you still need representation and these situations can take years to resolve.

I personally believe the nominal cost is well worth the coverage. Most professional nursing organizations and nurse attorneys also agree that obtaining your own liability insurance is a wise move. However, it’s absolutely your choice. We can never completely eliminate the risk of being named in a lawsuit, but we can do all we can to mitigate it and any collateral damage that may occur because of it.

References on Malpractice Insurance for Nurses