Did you notice I love talking about strokes?  I wanted to expand a little more on my previous post about them.

Stroke patients are not like every other patient. There is special consideration that must be given for various aspects of nursing care, specifically in terms of blood pressure management.

Let’s discuss the crucial aspects of blood pressure management in stroke patients, specifically as it relates to tips for nurses.

Do you remember in your cardiac unit when they talked about collateral circulation?  When a blockage is slowly formed, your body forms little blood vessels over time to get around it.  It’s your body’s way of making up for the lack of blood flow being caused by the blockage.

This is why when younger people who have heart attacks, they actually have a higher mortality rate because their hearts haven’t had years to build up that collateral circulation.

The same is true for your brain! When an infarction occurs, your brain reroutes the blood flow around the blockage. This is called cerebral collateral circulation.  However, to actually force blood to go through these smaller vessels around a blockage, higher pressure is needed. This is why you may see some higher blood pressure limits in ischemic stroke patients, especially ones in neurocritical care.

Essentially, you’re pushing up the blood pressure to force blood flow through those smaller vessels to perfuse the brain tissue past that area of infarction (which, statistically speaking is most likely due to a blood clot).

Then the penumbra (the area around the ischemia that has cells that are still viable) still has a chance! The theory is that if you raise the blood pressure above normal, then blood gets to those highly vulnerable areas and therefore enables that tissues to survive.

This is why you may see neuro changes in your ischemic stroke patient whose blood pressure drops.  They may have a normal 120/80 pressure, but it’s not high enough to perfuse all those areas of the brain now so they start acting different.

Typically, it’s a change in their mood/behavior/level of consciousness.  Maybe they’re more difficult to wake up, they’re really upset and agitated for no reason but have been super nice all night, and they’re saying some things that just don’t make sense. Any of that behavior should be a red flag for you.

Remember, neuro changes are subtle, if you’re waiting for pupillary changes or for them to become obtunded, you’re going to be too late and may have allow irreparable damage.

So, yes, this is a call the doctor right now because they need Neosynephrine or some medicine in the ICU that keeps their blood pressure up for a little while.

Are you ready to feel confident as a nurse?

FreshRN VIP is packed full of tools and peers to help you ditch that imposter syndrome.

While it’s not an OMG THEY’RE DYING moment, but you need to drop everything else you’re doing and address it now.

Hemorrhagic conversion of an ischemic stroke

Let’s say you just got a report on your ischemic stroke patient that is coming up and you actually had time to pull up their CT scan.  So you pull up the scan and there’s the spot in their brain.

That’s their stroke.  That’s the area of ischemia.  So naturally, you think, “We need to prevent them from having another stroke so let’s thin their blood NOW!”

While I appreciate your enthusiasm, let’s pause for a moment.

If you do that too soon to a large ischemic stroke, you risk that area turning into a hemorrhage. That is a major complication and presents quite an issue for someone how needed their blood thinned but now has a bleed.

We must to wait until the neurologist says it’s okay to thin their blood to do so. This varies widely depending on the situation. My caution and tip to you as a bedside nurse is to be aware of any meds they are getting that could thin their blood and ensure they are safe.

For example, your neurologist may have ordered the patient to get a daily 325 mg aspirin (per the stroke order set) and the hospitalist may have put them on 5,000 units subcutaneous heparin injections q8hrs (per the DVT prophylaxis order set). One may not realize what the other has done, and it can easily be overlooked. For many patients, this isn’t a big deal. But, if we’ve got a patient with a very large ischemic stroke with high blood pressures, this could be enough to convert into a major bleed.

It’s better to be safe and clarify with the attending that they are Chances are that they do, but you’ll look like a rock star to that neurologist if you double check it with them. 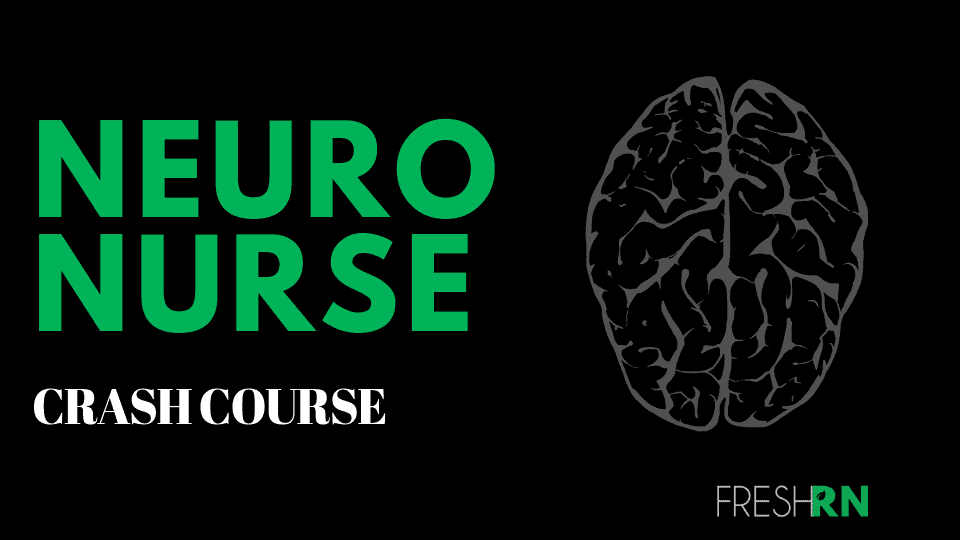