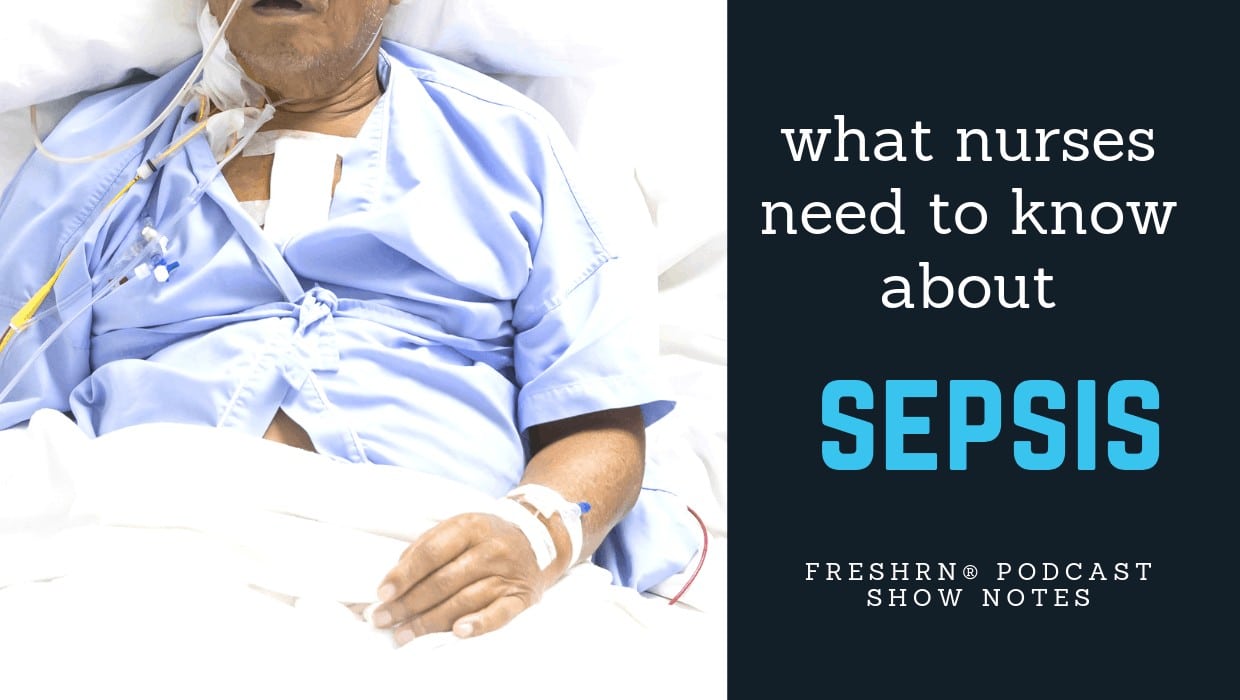 This podcast is available on iTunes, Stitcher, PlayerFM, iHeartRadio, Libsyn, Spotify, or your favorite podcast app.

What Nurses Need to Know About Sepsis

In this episode, we interview Michael Ackerman DNS RN APRN-BC and Tom Ahrens, PhD RN FAAN on sepsis, priorities for the new nurse, and current sepsis treatment trends and recommendations.

Good sepsis care from ED nurse to sepsis patient looks like this:

The leading cause of death should be taught in nursing school

What a Med Surge Nurse Should Look For Before Hypotension

If the Patient is Already on Antibiotics

What if they are already on antibiotics?

Do facilities that have rapid response teams of nurses that help evaluate patients increase the recognition of sepsis?

Brand new ICU nurse tips, for the times when a patient is in ICU with known sepsis.

What Changed in the ICU with Sepsis

ICU Nurse with septic patient that won’t make it, how do you know when they won’t survive this?

90-Second Soapbox on Sepsis to the Brand New Nurse