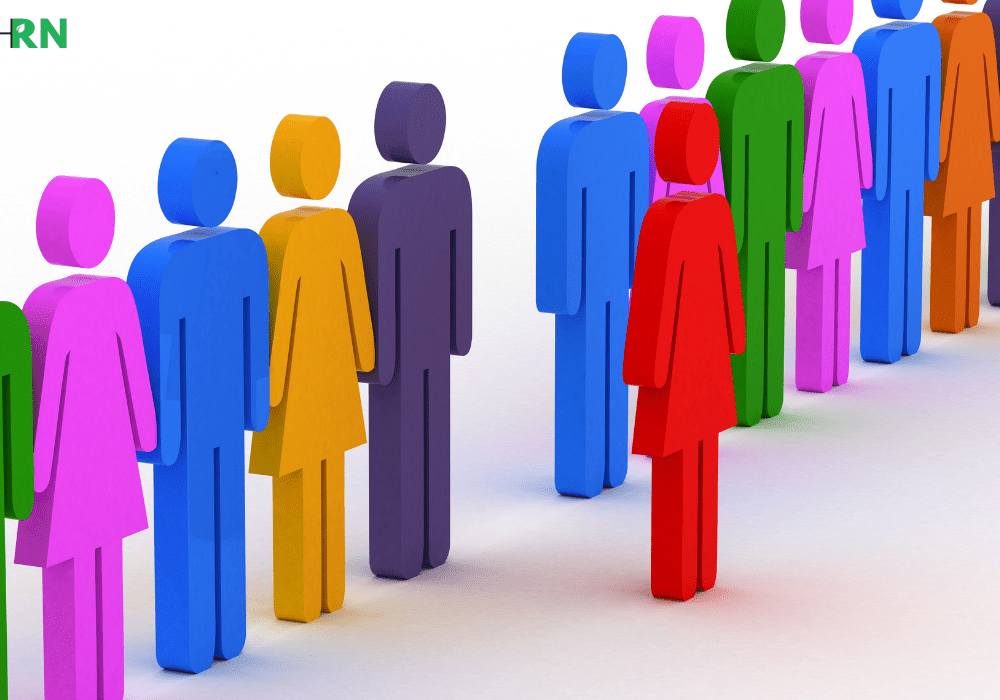 Good leadership is a trait sought after in many professions, but it’s an absolute necessity for nurses. The best nurses can step up and take control of a situation even when no one else can. They have the insight to know what changes need to be made and the willingness to make those changes happen as smoothly as possible.

As much as everyone would love to say “I’ve got this“ every time a difficult patient or family member comes into the picture, not everyone has these strengths naturally. Some people have to develop them over time, while others may never feel comfortable taking charge in certain situations.

Fortunately, there are leadership theories in nursing that anyone can use as a guide for becoming an effective nurse leader. But first, let’s see what exactly leadership theory is. 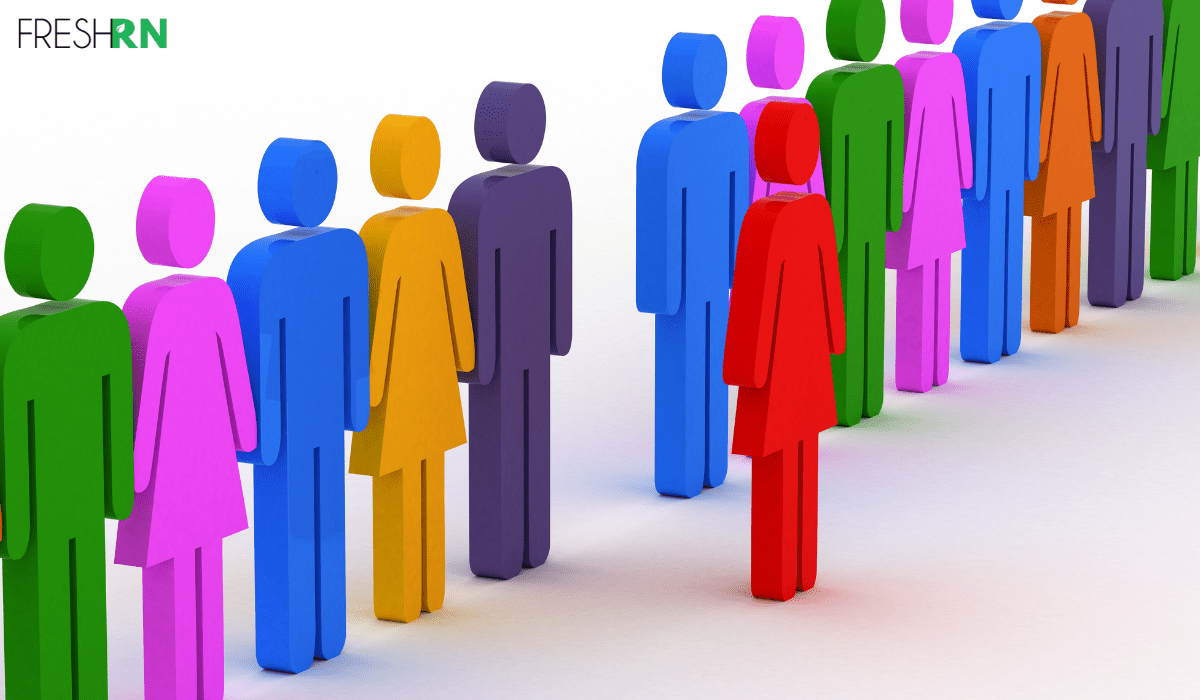 What Is a Leadership Theory?

A leadership theory is a way of explaining phenomena that exist in the world of nursing. They help to organize and interpret complex ideas as well as provide possible solutions for common problems. Leadership theories typically look to past leaders and events as examples to learn from and then understand why those actions were so successful or informative.

Types of Leadership Theories in Nursing

There are countless theories about effective leadership styles with many sub-theories under each one. Some of the most common include Transformational Theory, Transactional Theory, and Situational Leadership, etc.

James McGregor Burns in the 1970s developed transformational leadership theory. The transformational leadership theory focuses on how a leader’s vision can influence an entire group to accomplish goals they never thought possible. In turn, the group members are more likely to put their trust in this visionary who inspires them so. It is commonly used when motivating staff or figuring out a person’s best leadership style in general.

This type of leadership theory looks at how leaders interact with their employees. According to Kenneth W Conner & Mary L Shearon in “An Introduction to Organizational Behavior: Foundations, Evolution, and Frontiers,” transactional leaders want employees to follow their rules.

In contrast, transformational leaders expect more from their staff than the average leader would. As a result, this theory is often used with those with very little leadership experience and who need step-by-step instructions on how to complete tasks effectively.

It was developed by Paul Hersey & Kenneth Blanchard in the 1970s. Situational leadership theory suggests that four different situations require a specific leadership style based on the employee’s personality and ability level.

For example, if an employee is new or not very experienced, then they will need someone to explain exactly what they need to do every step of the way. In a more difficult situation, a leader could let go of some control and give employees room to grow by giving them just the right amount of guidance for where they currently stand. This theory is often used to motivate staff or understand people’s strengths and weaknesses as leaders.

This style of leadership is more common than you might think. It is where members of a group participate in decision-making and work towards a clearly defined goal. While it can be difficult to implement, democratic leadership has been known to increase motivation and overall group performance while decreasing the chances of mistakes on the task at hand.

This leadership style is most effective when a quick decision needs to be made. The leader makes the ultimate choice, and anyone else who doesn’t like it will need to fall in line whether they liked it or not. It can lead to mistakes, stress between coworkers, and overall dissatisfaction; however, it has been known to decrease time spent making decisions that can be invaluable at times.

This type of leadership style takes ideas from group members to make sure everyone feels included and heard before coming up with any sort of solution. While this theory has shown good results for nurses trying to resolve problems within their team, there is always the chance that someone may use participative leadership as an excuse for not doing anything.

This type of leadership style is one where the leader puts their own needs aside to help others grow and do their best. If you’ve ever heard someone say, “it’s not about me, it’s about the patient,” then this is what they were referring to. The main goal here is to put patients first, an admirable quality for any leader.

Effective leadership theories can be incredibly useful for nurses looking to become better managers. Not only do they provide strategies for how to interact with each unique team member, but they also help you determine which situations are best served by letting go and which require a firmer presence.

In addition, learning about what makes a good leader can encourage nurses who may not feel confident enough to step up into these roles because it gives them the tools they need for success.

Ultimately, the best thing you can do is study leadership theories and put them to use in your day-to-day life as a nurse. Even if it doesn’t come naturally to you at first, being aware of how you interact with others will allow you to improve over time while respecting those around you along the way.

How Are Leadership Theories Developed?

Leadership theories can be developed in many ways, but there seem to be three prevailing approaches.

The first approach is a psychological evaluation based on an individual’s personality traits and skills. This model helps to identify what type of leader somebody will be by judging their personal characteristics like intelligence or flexibility.

The second method for developing leadership theory is based more on group dynamics rather than the individual’s traits. It looks at how followers act under different types of leaders and then goes back to see if any similarities exist between groups that worked well together.

Qualities of an Exceptional Nurse Leader

Nurses leaders are not always interested in following the rules. Instead, they want to make a difference and inspire others. Effective leaders can avoid micromanaging their team while still holding them accountable for any mistakes made.

Nurse Leaders tend to put up with a lot of crap from other people. Because it’s part of their job, what makes a nurse leader stand out is their compassion and accountability, as demonstrated by the fact that they know how things should be done and hold those around them accountable when things don’t go as planned.

In addition, nurse leaders have been known to be resilient under pressure because they’re prepared for anything life throws at them. One minute you could be slapping a wrist or hugging someone depending on what’s needed at the time, but what matters most is that you do your best to take care of yourself and others.

Finally, nurse leaders can handle criticism while staying positive. Even when someone says something mean about them, they can take that negative feedback and turn it into something positive for themselves or their team.

Why Do Nursing Leadership Theories Matter?

As the largest profession in healthcare, nurses are always looking for new ways to improve their practice. Some of these may be impractical while others might inspire a whole new philosophy about nursing entirely. No matter what type of nurse you are or which goals you have, there is a leadership theory out there that will help make your job easier.

How to Develop Leadership Skills and Become a Nurse Leader

All Nurses have the opportunity to develop leadership skills and become nurse leaders. However, not all nurses will want to be nurse leaders or even should be because that’s not everybody’s dream job.

However, when it comes to developing leadership skills, there are a few steps you can take no matter where you work to get started on your path.

Ask Questions: If you’re afraid of asking questions because people might think you’re dumb, don’t be! Your fellow nurses look up to you and want to help you grow as a professional, so don’t be shy about seeking out the information you need to do your job well.

Give Feedback: Whether it’s good feedback for a coworker who did a great job with a difficult patient or constructive criticism about a coworker who could improve their communication skills, it’s important to give feedback when needed without being too critical of others.

Remember That You’re Part of a Team: Nurses have the opportunity to provide different types of care based on their area of expertise and leadership skills, but they never work alone. Every nurse should feel comfortable asking for help from other nurses and non-nurses if they see something going on that needs attention or has the potential to become an issue in the future.

Finally, Practice Healthy Habits: If you want to be a good leader both at your job and at home, it’s important to set a good example for those around you by practicing good health habits like eating right and exercising.

Leadership Theories are important to nursing practice because leadership skills can be useful in many different scenarios, including working as a nurse leader within an organization. Whether you want to develop your leadership skills or already consider yourself a nurse leader, there are ways for nurses at all levels to improve their management style and ability to lead others.

In addition, nurse leaders have been known to be resilient under pressure because they’re prepared for anything life or their team might throw at them. They also know how to properly motivate their team members by finding new ways to encourage them and give kudos when it’s due.

After all of this, nurse leaders can handle criticism while staying positive. Even when someone says something mean about them, they can take that negative feedback and turn it into something positive for themselves or their team.