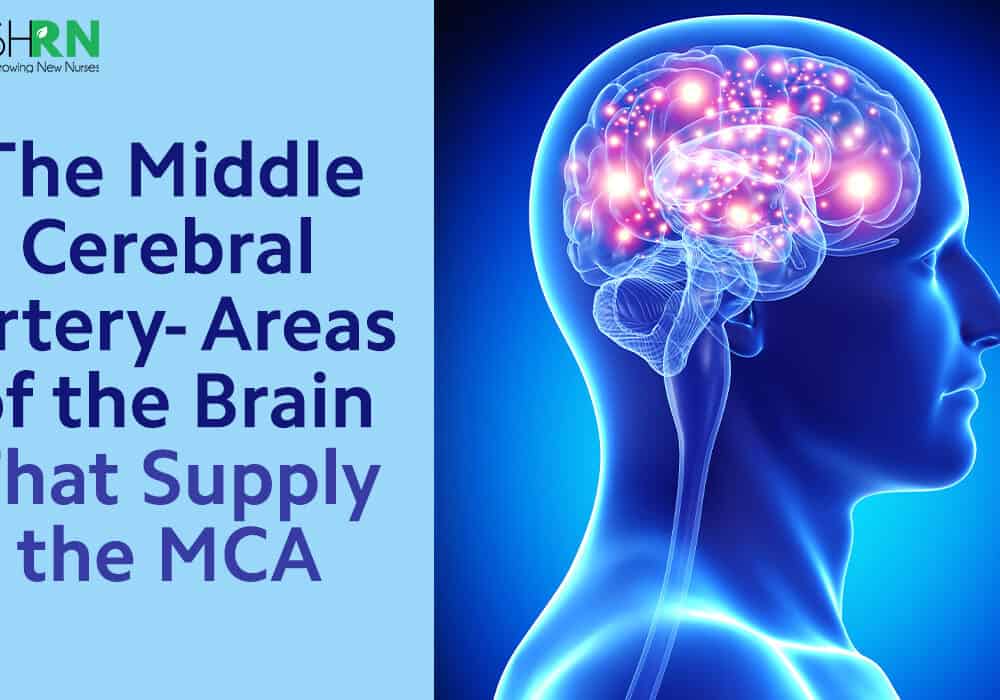 Normal brain function relies on a steady supply of oxygen and nutrients through a dense mesh of blood vessels. Blood is supplied to the brain through the common carotid arteries in two divisions: the external, and internal carotid arteries. There exists the anterior cerebral artery, which extends upward and forwards from the internal carotid artery. It supplies the frontal lobes, the parts of the brain that control logical thought, personality, and voluntary movement, especially of the legs. The posterior arteries supply the temporal and occipital lobes of the left cerebral hemisphere and the right hemisphere. Then there is the middle cerebral artery.

The middle cerebral artery is the largest branch of the internal carotid. The artery supplies a portion of the frontal lobe and the lateral surface of the temporal and parietal lobes, including the primary motor and sensory areas of the face, throat, hand, and arm, and in the dominant hemisphere, the areas for speech. The cortical branches of the MCA irrigate the part of the brain in charge of the primary motor and somatosensory cortical areas of the face, trunk, and upper limbs, apart from the insular and auditory cortex. 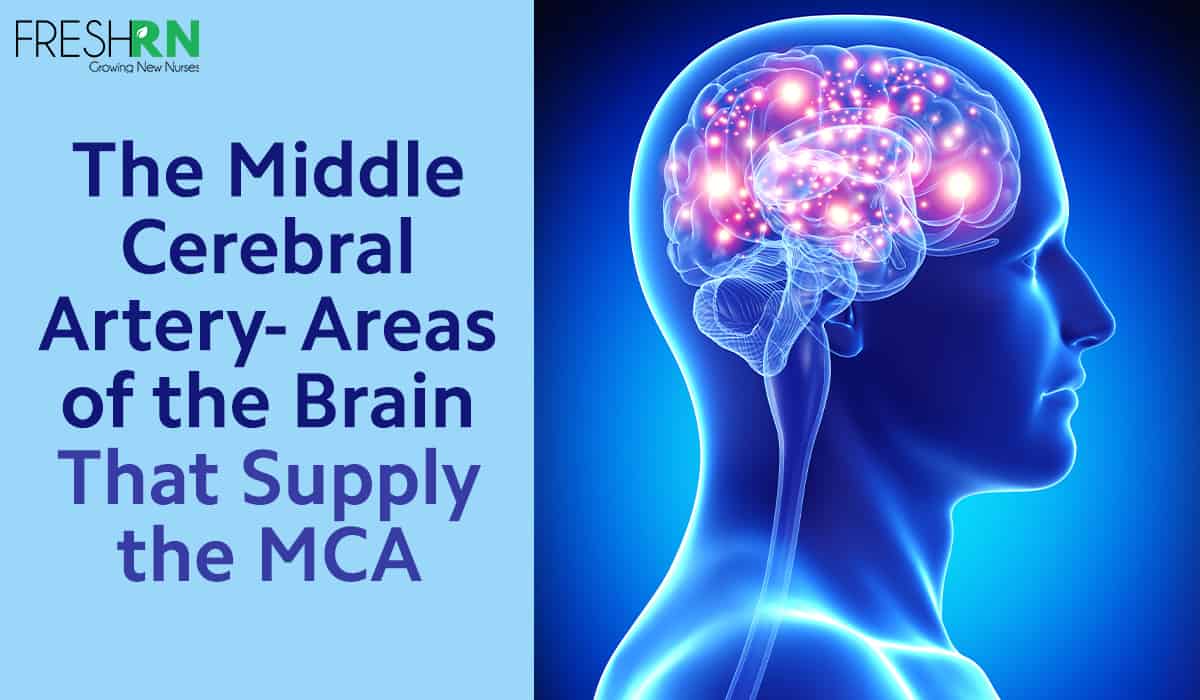 Generally, the middle cerebral artery (MCA) and its branches can be classified into four parts:

What does the middle cerebral artery supply?

The primary function of the MCA is to supply specific regions of parenchyma, or functional brain tissue, with oxygenated blood. The cortical branches of the MCA irrigate the brain parenchyma of the primary motor and somatosensory cortical areas of the face, trunk, and upper limbs, apart from the insular and auditory cortex. The small central branches split into lenticulostriate vessels, which irrigate the basal ganglia and internal capsule. The superior division irrigates the lateral inferior frontal lobe, which involves the Broca area responsible for speech production, language comprehension, and writing. Broca’s area and other related gray and white matter important for language expression. The inferior division of the MCA irrigates the superior temporal gyrus, which involves Wernicke’s area responsible for speech comprehension and language development. Parts of the posterior parietal lobe are important for 3D perceptions of one’s own body, of the outside world, and for the ability to interpret emotions.

What happens when the middle cerebral artery is blocked?

Blood flow decrease through one of the internal carotid arteries brings about some impairment in the function of the frontal lobes. This impairment may result in numbness, weakness, or paralysis on the side of the body opposite to the obstruction of the artery. Occlusion of one of the vertebral arteries can cause many serious consequences, ranging from blindness to paralysis.

Other common pathologies involving the MCA are described below.

The middle cerebral artery is the most common, pathologically affected blood vessel overall, often through strokes. It is among the more common locations for cerebral aneurysms with a reported incidence between 14.4% and 43% of all diagnosed aneurysms.

Brain cells that do not receive a constant supply of oxygenated blood can die, which can cause permanent damage to the brain. Brain tissue death is called necrosis.

A stroke is usually named by the injured part of the brain or by the blocked blood vessel. There are two main types of stroke: ischaemic strokes and hemorrhagic. Many people have misconceptions about how someone will be affected by a stroke. You might automatically envision mobility difficulties and hemiplegia, or perhaps swallowing problems, or maybe even being unable to speak and communicate. How a stroke manifests will depend on many factors. When a stroke happens, the area of the brain deprived of oxygen supply corresponds with subsequent symptoms presented in a patient.

An MCA stroke is an interruption of blood flow to the areas of the brain that receive blood through the middle cerebral artery. These regions include the frontal, parietal, and temporal lobes as well as the internal capsule. Symptoms of MCA stroke are consistent with the symptoms people usually associate with strokes, such as weakness and/or numbness on one side, facial droop, and difficulties with speaking. A middle cerebral artery stroke (MCA) stroke may cause language deficits, as well as weakness, sensory deficits, and visual defects on the opposite side of the body.

Although it is among the most easily recognized types of stroke, you may need to undergo imaging tests to confirm the diagnosis. Because an MCA stroke may be considered a large stroke, the short-term situation is handled with the utmost care. Some people who experience an MCA stroke are candidates for urgent treatment with tissue plasminogen activator (TPA) or blood thinners, while others may need careful fluid management and close observation. Symptoms of MCA stroke are consistent with the symptoms people usually associate with strokes, such as weakness and/or numbness on one side, facial droop, and difficulties with speaking. If only a small branch of the middle cerebral artery is blocked, then a small-vessel stroke results, impacting a small section of the middle cerebral artery territory. This is often less serious.

The middle cerebral artery is an area that controls a multitude of human functions depending on which part of the brain it supplies oxygen to, like breathing and facial muscles, but also higher functions like speech, spatial recognition, and recognition of emotion. Blood flow needs to be constant in order to maintain brain function. The  Blockages associated with this part of the brain manifest themselves in a variety of symptoms, often associated with traditional thoughts of symptoms of a stroke. However, that is not always the case. The severity of the stroke in the MCA can also vary depending on where it occurs.

Want to get ahead of the game for your first day as a neuro nurse?